Attached are four pictures with Violet in them and the story I’ve written about Helena and Ernst Ericson.

Hello, Rolf. My name is Gloria (Irvine) Nystrom. I am not of Swedish ancestry; I do the family research for my husband, Donald Bernard Nystrom, who is related to you through his paternal grandfather, Gustaf Bernhard Nystrom, and Gustaf’s sister Helena Kristina Nystrom. Helena was married to your grandfather’s brother, Ernst Ericson. Gustaf and Helena are two of the eight children of Carl Johan and Carolina Fredrika (Stark) Nystrom of Grytgol, Sweden. Three of those children, Lydia, Helena, and Gustaf, eventually immigrated to the United States. Lydia married August Emil Peterson and that branch of the family settled in Moline, Illinois. Both Gustaf and Helena and their families settled in Waukegan, Illinois.

Helena was born in 1874 in Grytgol. She moved in 1896 to live with her sister Anna Mathilda in Ljusfallshammar. A daughter, Berta Helena, was born to Helena on September 15, 1897. Helena was not married. She moved back to Grytogol in 1897 with her daughter. She married Ernst Ericson in 1900 and two children were born to them in Sweden, Agda and Gustave. The family immigrated to the U.S. in 1905 and lived in Waukegan, Illinois, where two more children, Violet and Ruth, were born. Ernst died at age 35 in 1910, and Helena died three years later at age 39. We do not know the cause of their deaths. There is speculation that perhaps Helena died in a flu epidemic. Tragically, their children were left orphans, most of them very young. Berta was 19, however, and was old enough to be on her own. She married William Harper a few years later. We believe Ruth (5) was adopted by a pastor and his wife and eventually they went to live in the state of Washington. Gustave (9) went to an orphanage. We have no information on Agda (11). Violet (7) went to live with her uncle Gustaf Nystrom and his wife Emerentia (Emma) in Waukegan. She lived with them until she went to Victory Hospital in Waukegan to become a nurse. She married Ambrose Benedict (Mac) McGinnis in 1930. Mac was an attorney, having graduated from Notre Dame University in South Bend, Indiana, in 1924 with a three-year law degree.


More pictures about Ernst and Helena 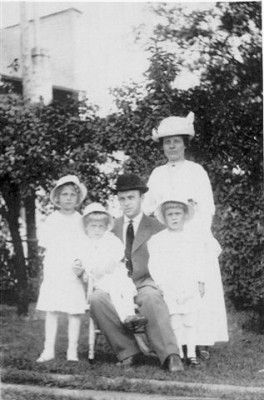 The Milton, Melvin, Violet c. 1914. Milton is Don’s father and Melvin his uncle. These are children of Gustaf and Emma with whom Violet lived. 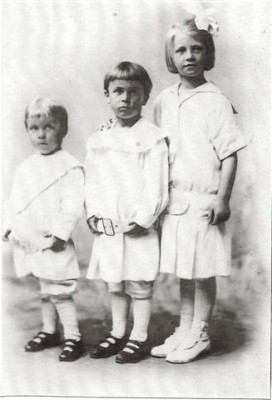 The scan 0003 has the listing of the people on the picture. In addition to Gustaf, Emma, and Violet, the others are Emma’s siblings and spouses. 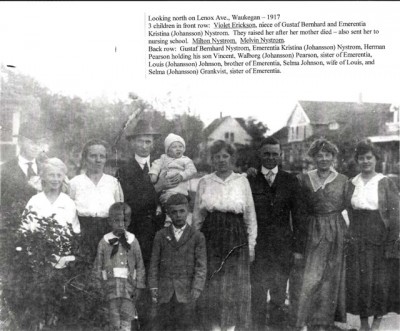 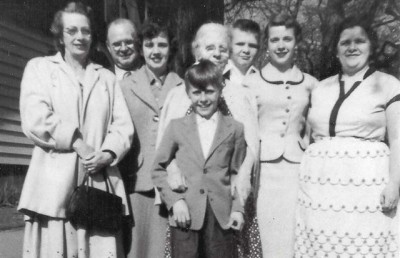